I started running in high school about 10 years ago. I’ve been doing this sport for a little while now, and it has become such an important part of my life, that I even center my blog around it. But, I think the way I started running is a bit different. I feel like this story is sort of the underlying theme of my life, so I wanted to share it to give a little more background to why I love this dang running thing so much. 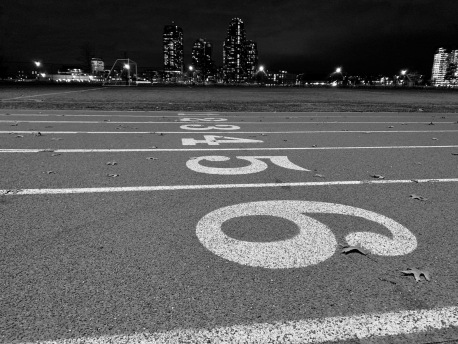 My freshman year of high school I was desperate to belong. Honestly, at that point I didn’t really care who or what I belonged to, I just wanted to belong somewhere. I went out for the cheer team at the beginning of the year and that seemed ok and I made a few friends. With the group I made there, it was decided that we were all going to try out for the lacrosse team. At that point I had never played lacrosse or had even seen a lacrosse game, but somehow I thought I could just walk into tryouts and make the freshman team just like I did for cheerleading. For three weeks leading up to tryouts, my friends and I “trained” for the upcoming lacrosse dates. On the very first day of lacrosse tryouts, I got cut.

The next day the friends that joined me in the “got cut from lacrosse club” went to have an ice cream pity party to drown our woes in rainbow sprinkles. At least I had friends.

The next day a girl I had just met convinced one of my other “cut from lacrosse” friends to show up to track practice. It was the last day to show up and the team didn’t make any cuts. They got me to go out that one day. When I called my parents to ask if they could pick me up after practice, they were surprised that I wanted to go run…. For no reason. I told them that if I hated it, I just wouldn’t show up the next day. Once I showed up at practice, I saw a long line of coaches and I had no clue what any of them were talking about, I didn’t know about any of the events they were mentioning, and I had no clue which event I had a chance at being able to learn, let alone be good at. I was convinced that Coach Boyer was the nicest of the coaches and to go up and ask him what to do at practice that day. I had no clue that he was the head coach of the distance team (my friend who told me to go to him kindly left that information out so that I would practice within her event).

My first run was hard. I remember I ran in my cheer sneakers because those were the only sneakers I owned. I ran down the block to the street light and back and it felt like the most exercise I had ever exerted. I remembered being so tired. But the next day I came back. And then I came back the day after that. And the day after that too. I kept going everyday and I became part of a team. I had no idea if I would be any good, or if my contribution would matter, but everyday I went to practice and I tried. At that point there was nothing else I could do, I had no experience, I didn’t know what I was capable of.

When it came time for my first track race and my first meet, my coach decided to put me in the two mile…. I thought this coach was nice! This must have been some kind of cruel joke. I didn’t even know if I could run two miles. 8 laps around the track is a lot of left turns. My goal for that day was to not come in last. Somehow I got on the start line, ran all 8 of those laps, and I did not come in last! (Ok, I came in second to last, but those are just small details). But I knew I was part of a team. I had found my family.

I spent the next four years running track and my last two years of high school running cross country. I got a lot faster, and stronger than I knew was ever possible for me. But best of all, I found this wonderful feeling that made me feel wanted and like I was apart of something. I was never the fastest girl on my team, but that didn’t matter. My job was to show up and support my new family, and that was more important to me than anything else I had ever done up until that point.

I am so lucky that I landed in a sport where the community doesn’t end after high school. The running community all around the world is strong, alive, and well. With clubs, teams, and groups all over, there is always somewhere to run and someone to run with.

I guess it turns out that one of the best things that ever happened to me was getting cut from the lacrosse team.

Hi! I'm a small girl from San Diego, California who moved to the big apple to chase down some dreams. Everyday life in New York can be pretty tricky; balancing work, friends, fitness, and fun can be quite the challenge. I want to show you how I make things work, or try to at least! And somehow we can make it in this crazy world together. View all posts by nikkimaria5